Last year at some point (or was it the year before? I think it was some time before a short time ago but not a long time ago, but definitely later than 2012. I don’t know, I’m past my mid-thirties so time isn’t my friend. I mean, Whitney Houston died 5 years ago. Michael Jackson died EIGHT years ago. That’s fucked up. Jesus, you know when he died? OVER 2 MILLENNIA AGO. Crazy. It seems like only yesterday we were reading about it in the morning parchment over our cup of boiled millet).

Anyway, last year, or the year before, Julia Louis-Dreyfus was being interviewed when she was asked how she prepared to play the Vice-President in the TV series Veep. I can’t find it to watch again, but she mentioned the thumb-over-fist gesture Obama popularized, and how it’s unnaturally deliberate and definitely not a gesture one would perform in day-to-day life:

Look at it again.

WHEN WOULD YOU EVER DO THAT?! There is only one occasion I can imagine anyone making that gesture and it’s when a suicide bomber is clasping a detonator. Not the greatest gesture for a man with an arsenal of atomic weapons at his disposal.

But, as Julia (I call her Julia, we’re on a first name basis) explained, it makes sense. Pointing is rude, while an open hand is a bit weak – it denotes openness and compromise, not authority – while the thumbyfist is sturdy and somewhat threatening but not directed anywhere in particular. It’s like holding a rock and saying “Behold, this rock. I am this rock. I know not when this rock must be used, but I have it, I am it. Me rock am it be I. Remember that.”

I don’t know if Obama originated the thumbyfist but he definitely set the trend. I mean, there’s Malcolm: 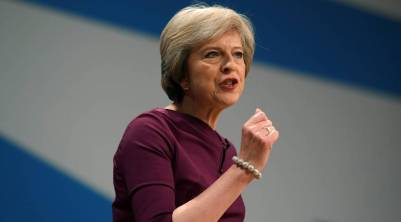 It’s like some weird, politician-related communicable disease. You can barely find a politician who doesn’t utilise thumbyfist these days. Well, except Macron. I’m not quite sure what’s going on there: 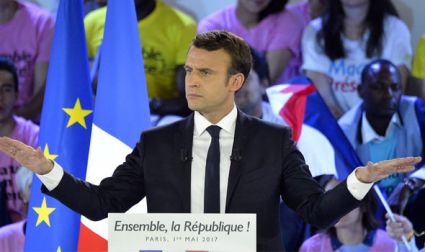 We get it Macron. You like Nelly Furtado. We get it.

Thumbyfist isn’t ubiquitous though; it’s purely the domain of politicians. TV presenters don’t need to appear strong or sturdy. They need to be approachable. Especially women, apparently. Soft and approachable.

And then gently pinch the upper section of a couple of fingers on your other hand.. 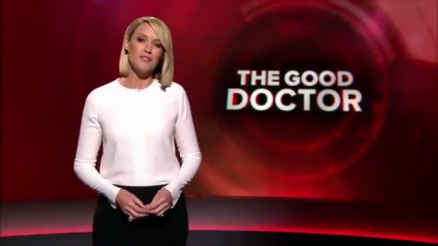 Now square off those elbows, around 90 degrees, but a little over.. yeah 97 degrees, that’s the way…

Yeahhhhhhhh that’s the way. Now point the fingers slightly down but keep those elbows rigid and tell me something super depressing about climate change.. 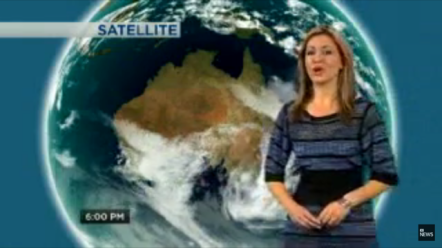 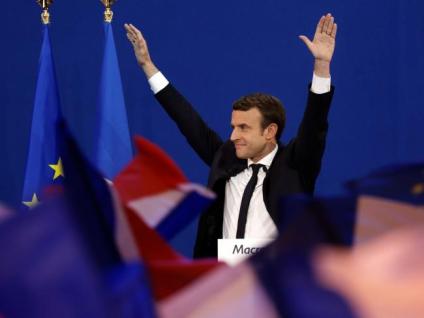 Macron, seriously. You like Nelly Furtado. WE GET IT. Enough already, geez..

I'm just a guy who rants a lot on various topics at http://elrantosteve.com. I hope amusingly so.
%d bloggers like this: